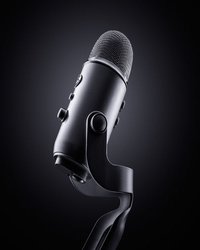 × Want to be able to record yourself and others but don't have access to a full-on recording studio? No problem!

Learn how to record voices using different microphones including those that are available at Workman Arts, and be introduced to basic editing and post-production approaches for both recording singing or voiceover. Come away from the Workshop with the skills and confidence to make vocal recordings on your own for the first time, or with new tricks and tips for the more experienced.

This class will not be software specific (though Garage Band may be used for some examples), and all levels of recording experience welcome.

Lisa Conway is a composer, songwriter, artist, and producer. She holds a BFA Honours in Music from York University, and an MA in Sonic Arts from Queen’s University Belfast. From fall 2015 to 2016, she was a Slaight Music Resident at the Canadian Film Centre, and was one of two Canadians selected for the renowned Red Bull Music Academy 2018 in Berlin. She’s received praise for her releases as L CON from The Fader, Uproxx, Earmilk, Tiny Mix Tapes, CBC, Exclaim, Now Magazine, and The Toronto Star, and her collaborative and solo work has been heard at Ontario Place, the Art Gallery of Mississauga, the Sonic Arts Research Centre (Belfast), the Toronto Harbourfront Centre, the imagineNATIVE Film Festival, TIFF, and Summerworks, among others.