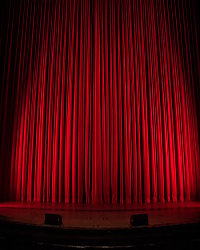 For “Acting in Plays”, participants will focus on developing their skills as actors, through working on scenes plays from the 1900s/2000s. We will work on a range of different material, guided by the interests and curiosities of participants. Participants in the class will work alongside scene partners to rehearse and perform scenes from the chosen plays. we will discuss as a group how our choices in the scenes contribute to telling the full story of the play.

We will be doing the class over Zoom. To help transition from “rehearsal” to “performance” in the online medium, we will continue using the record feature, and create video records of the scenes we have been working on.

About the Instructor
Philip McKee is a director, writer, producer and educator based in Toronto. He collaborates with other artists to create original theatre and film that is subversive, intimate and vital. His theatre and creation practice has focused on creating radical adaptations of classic texts, which reinterpret the often unexamined power dynamics in the source material.