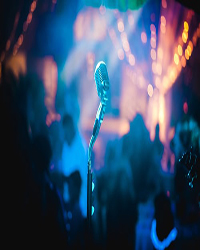 The Power of Poetry in Songwriting

This four-week songwriting course will cover the fundamentals of songwriting, from song structure to lyrical techniques such as rhyme, alliteration and assonance to using poetic effects such as simile and metaphor in your songs. Everyone is welcome, and no previous songwriting experience is needed. You don’t need to play an instrument to take this course. If time allows, students may be put in pairs and given time to write a song.

About the Instructor
Murray is a Juno-nominated founding member of the band Moxy Früvous, and spent thirteen years as bass player of the Newfoundland band Great Big Sea. He has five gold and platinum records, has sold half a million albums and performed over 2500 live shows. Murray is currently a Professor of Songwriting at Seneca College and is the founder of the Toronto Songwriting School.