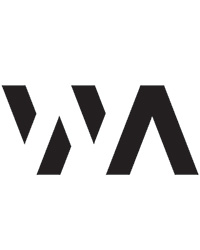 Finding Your Voice, Telling Your Story

This 6 week class will cover the basics of storytelling, through the process of writing and performance. Each week we will explore different parts of our selves emotionally, physically, and spiritually. We will really dig deep into just how our stories and our cultural and gender identities can help inspire and encourage others to be their best selves. We will look at how storytelling can serve as a vehicle for change in our lives and the lives of others. The last class will be an open performance storytelling event for the public to attend where each student will have a unique opportunity to tell their story !

Materials: something to write with/on for workshopping. If you have any access needs, please let Cynella know.

About the instructor: Tasneem is a bilingual (English & French) Canadian- American Multi Disciplinary Artist and Activist with roots in East Africa. Their focus is on music, acting, writing, & filmmaking. Musically, their alternative sound is a consequence of a multi cultural upbringing. They came of age in Oklahoma growing up on Whitney Houston, Peter Gabriel, Afropop Worldwide, and Sade. Tasneem’s career started out fronting the rock band JUNGLI performing at Carnegie Hall & singing back-up and playing guitar for Kelis on Saturday Night Live. They have played at the AKF Gala in NYC, Art Basel alongside the late Zaha Hadid & LA’s Grand Performances. Tasneem has shared stages with John Legend, Martha Wainright, Seun Kuti, Baloji, Florence and the Machine, Elle King, Common and Chuck D. Tasneem has spent time as music producer mentor at Daniels Launchpad Artscape in Toronto, focusing on women and non binary musicians and producers. They are a voice among contemporary revolutionaries. The singles “Near Me” “All Your Cousins” “Goth Angeles” & “Damascus” have been featured on the Chani Nicholas Spotify playlist and they have written and produced two solo EPs. You can hear their music on Logo Channel, short films, Amazon On Demand, Earios Podcasts, and in the films Troublemaker & India Sweets and Spices. Their music is streaming now on all platforms. A graduate of New York University Tasneem has appeared as an actor on Netflix, & TruTV. They participated in the CBS Diversity Sketch Showcase as a writer and took part in the OutFest InFusion NBC/Universal emerging filmmakers program. Their short film September 10th was chosen to be a part of a workshop held at the John Humphrey Center for Peace and Social Justice with the National Film Board of Canada in Edmonton Alberta. Tasneem’s directorial debut a Musical short “I’m a Muslim” was written and performed with support from Muslim Public Affairs Council. They shot and directed a video for their single “ All Your Cousins”. Their pilot “Mascara” was chosen to be a part of The Greater Film Fest. Tasneem seeks to create work and tell stories that amplify their unique voice and experience.