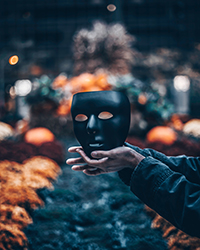 × In “Character and Peformance”, participants will develop their skills as actors by working on performing characters from existing plays. We will select scenes from a range of plays, guided by the interests and curiosities of the group. Participants will choose a character they want to work on, and rehearse this character along side scene partners. Philip will support this work as a director. Participants will gain experience in voice work, staging, and movement as tools for bringing a scene and character to life.

Philip McKee is a director, writer, producer and educator based in Toronto. He collaborates with other artists to create original theatre and film that is subversive, intimate and vital. His theatre and creation practice has focused on creating radical adaptations of classic texts, which reinterpret the often unexamined power dynamics in the source material.